There's a democratic primary going on right now for the Virginia Governor. The republican primary has already happened.
It started April 28, and the final day of voting is June 8th. I think you can vote in person up until June 8th, but I'm fuzzy on the details.
You can perhaps find more info here: http://www.hburgdems.com/2021-candidatesvoting-info.html
or here: https://iwillvote.com/locate/?state=VA

The candidates for governor are:

- Jennifer Carrol Foy
- Lee Carter
- Terry McAuliffe
- Justin Fairfax
-  Jennifer McClellan
Briefly, Jennifer Carrol Foy is my favorite for this, though I do like Lee Carter too. I'm disappointed that there are so many people in this race, and it's very important to me that Terry McAuliffe doesn't win the primary (though it's likely he will).
Terry McAuliffe is a terrible candidate. He is funded by Dominion, and many other large corporation. He supported the pipelines that we can not build if we're actually planning on transitioning to clean energy in the next 10 years.
https://www.washingtonpost.com/opinions/local-opinions/terry-mcauliffe-betrayed-virginia-communities-and-the-environment/2021/01/07/59b9b8d0-4f95-11eb-b96e-0e54447b23a1_story.html
Terry McAuliffe is the favorite to win, in a state that likes big money candidates.
Jennifer Carrol Foy I think is an excellent candidate to take him on, though there are other good candidates in the race. JCF has had multiple excellent endorsements including Ben Jealous and the Sunrise Movement.
The Sunrise Movement is an excellent organization with regard to environmental activism.
You could probably learn more by watching these debates:
debate 1: https://www.youtube.com/watch?v=4szajjQbUw8
debate 2: https://www.youtube.com/watch?v=AcEKH0MhQJU
https://ballotpedia.org/Virginia_gubernatorial_election,_2021_(June_8_Democratic_primary)

The candidates for running for Lt Governor are:

Sam Rasoul is my favorite to win here. He has been an active candidate fighting for the green new deal. Multiple activists friends have been working for and donating to his campaign. I feel very confident in supporting him.

The candidates for Attorney General are:

- Jerrauld C. "Jay" Jones
- Mark Herring
From Washington Post, 2019, https://www.washingtonpost.com/local/virginia-politics/va-atty-gen-herring-appears-in-blackface-in-photo-from-college-days/2019/02/06/9aa4aff8-2a26-11e9-984d-9b8fba003e81_story.html
Also some commentary on Jerrauld Jones: https://www.washingtonpost.com/local/virginia-politics/herring-jones-virginia-attorney-general/2021/05/04/30793f28-a2d7-11eb-a774-7b47ceb36ee8_story.html
I don't know enough about Mark Herring, but as he is a fixture in "Corporate Democratic Virginia" I wouldn't mind some new leadership.

The sample ballot for Harrisonburg is here:
https://www.harrisonburgva.gov/sites/default/files/Registrar/LPW_YB_21PVAHAR_SAMPLE%20YELLOW.pdf 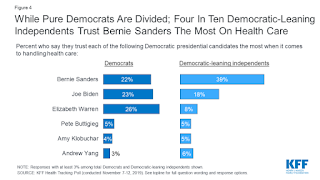 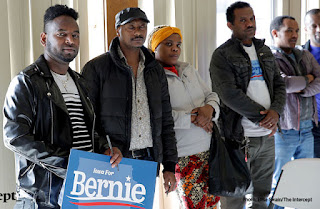 I'll be out there, getting outside my comfort zone, because we need political action that protects those who are weak, and can actually beat Trump in November.
Posted by isaaclw at 9:39 AM 3 comments:

I figured it's about time I give everyone an update.
First: Election day is Tuesday November, 5 2019.
Deadline to register is approaching fast: October 15th. Please make sure your friends are registered.
You can find your sample ballot here.

On the ballot you see 5 elections, and only 2 that seem to have "choices":
If it it's not already clear, my endorsements are April Moore, and Brent Finnegan.
If you have the time to help them "Get Out the Vote" I would strongly encourage you to help. You can find ways to get connected on their websites, and small dollar amounts you can give will always be appreciated.
I would love to talk to you more about this, if you have concerns about giving to politicians, but I also know that each person should only commit in the ways that they can.
Posted by isaaclw at 4:25 PM No comments: